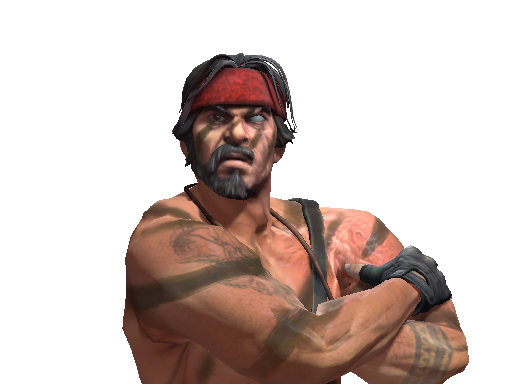 Description: Former Navy SEAL Capt. Crasswater was taken prisoner by the Guerrilla Warfare (GW) while serving in the Middle East during the 1990's. After a botched rescue attempt by ST6 and subsequent military cover-up, the US Navy declared Crasswater deceased. Over the years of his imprisonment, his patriotism and 'no man left behind' mantra eroded into bitter hatred for all things USA. Newly armed with a severe case of Stockholm Syndrome, Crasswater joined the Trappers of the GW. After a series of 'trust building' attacks on western embassies, Crasswater became GW's most valuable asset—bringing military discipline and organization to an otherwise chaotic gang of rebel fighters. In recent years Crasswater has grown new GW cells at undisclosed locations across Central America.